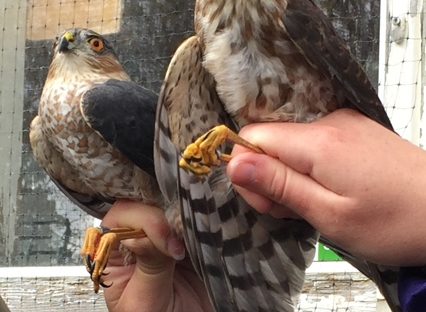 Recently we traveled east of Toronto to Prince Edward County for a relaxed weekend. A highlight of our trip was a visit to the Prince Edward Point Bird Observatory where they band birds so their migrations can be monitored. There we were given close instruction by a staff member and were able to release 2 blue jays. A big thrill for 2 city dwelling humans! We saw birds large and small including two male sharp shinned hawks who had flown into nets and been banded. Here’s a photo of the two hawks just before they were released. 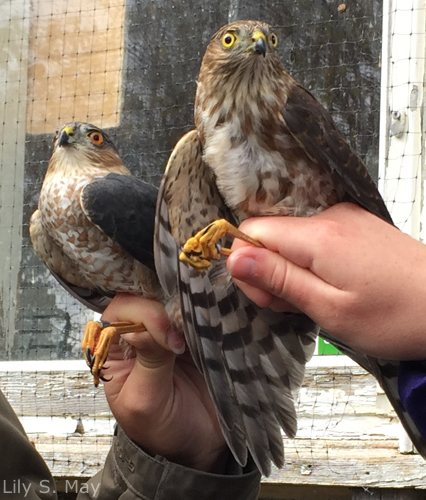 Later, on our way back to Toronto, we stopped in at Presqu’ile Provincial Park and saw gorgeous views of the windswept beach being enjoyed by gulls and geese and a handful of humans. 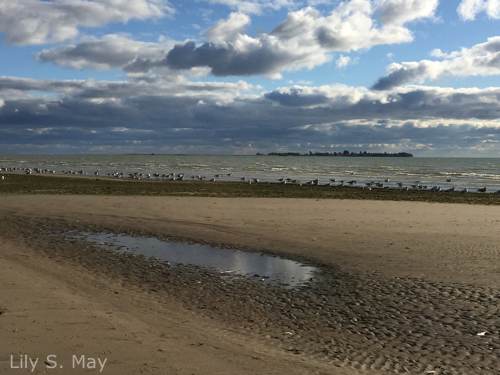 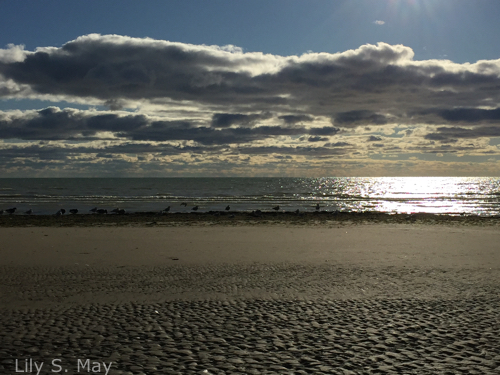