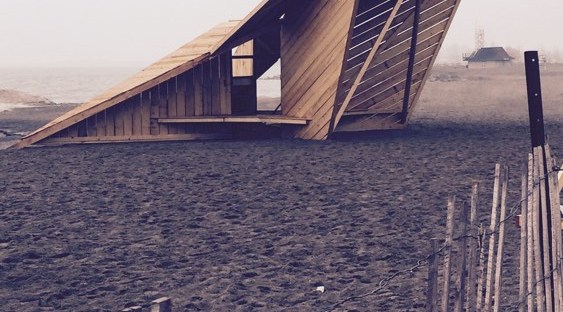 Last Thursday, March 26th, I went for a walk, winding up in The Beach.  The Beach is a neighbourhood in Toronto at its south east end.  And, yes, it includes at its southern edge a long stretch of beach along Lake Ontario. The day was grey and drizzly, but it was above zero celsius and after the extreme cold of February, I was happy to walk in comfort.  I hadn’t been in The Beach for many months and was surprised  to see various structures I’d never seen before dotting the sand.  This is one of them–a beautiful installation that’s one of several that were built around the lifeguard stations.  I later learned it’s part of Winter Stations, and was one of the winners of a competition to design winter warming stations, that stretched from Kew to Balmy beach.  I believe the pieces were to be removed before the 26th, so I was fortunate to see three that remained. This one is called Driftwood Throne.  The architect is Daniel Madeiros and the builders are Sunrise Carpentry. 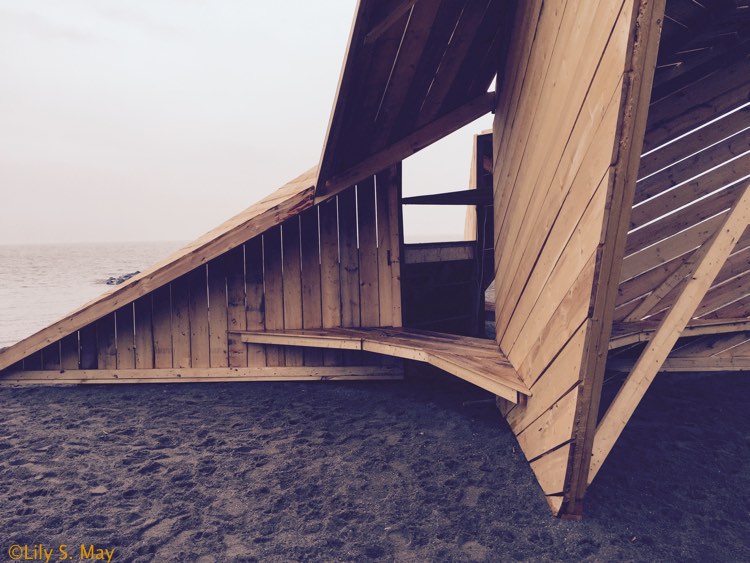 2 thoughts on “Installation on the Beach”